Become equipped to leverage cultural differences of all kinds to promote creativity, inclusion and sustainable high- performance with individuals, teams and organizations! 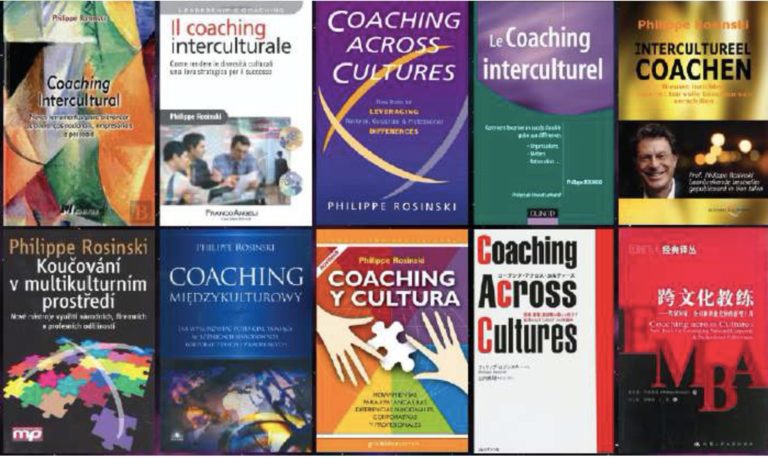 ‘The rise of new markets in Asia-Pacific has brought with it new opportunities for economic cooperation across the region. Leaders must widen the breadth of their cultural awareness across unfamiliar markets, employees and customers.’

‘One of the particular advantages of cognitive diversity is that it promotes two things that institutions need: creativity and innovation.’

In our multicultural and fast-changing environment, it is essential to embrace diversity, bridge cultural gaps, learn from cultural differences for more creativity, allowing us to act responsibly, overcome divisions, live meaningfully and strive for internal and external unity.

Leadership and coaching that integrates multiple perspectives is a powerful vehicle for enabling sustainable and global success for ourselves and others. The seminar focuses on the cultural perspective in the context of a broader vision that also integrates physical, managerial, psychological, political and spiritual perspectives.

The objective of the 3-day seminar is to equip leaders, HR professionals, coaches, trainers and consultants to systematically integrate the cultural dimension into their work. The seminar is also destined for interculturalists eager to integrate coaching into their work.

6 BENEFITS OF THE PROGRAM

ABOUT THE COF ASSESSMENT

Preferred choice for many users

‘We selected Rosinski’s COF as a conceptual framework and primary assessment tool for several reasons (cultural categories transcend typical categorization, team profile can be utilized for future initiatives, cost effectiveness…). Other models were considered, however the COF framework seemed particularly designed for coaches to have coaching conversations that facilitate leveraging cultural differences and creating new possibilities.’

With its 17 dimensions (more can be added on a custom basis), the COF allows us to become aware of our inevitable biases (e.g., how we communicate, think, manage time, organize ourselves, deal with power and responsibility), and to go beyond potentially limiting norms, values and beliefs. The COF allows discovery of new options to increase versatility, creativity and effectiveness. Its underlying dynamic and inclusive view of culture, enables us to build unity in diversity by leveraging cultural differences.

While still allowing comparison of individual profile with various national cultures, the COF assessment has a much broader scope. The COF assessment aims at helping individuals grow by learning from cultural differences of various kinds. Culture here consists of all the characteristics we have acquired along the way, by interacting with various groups of people and being part of different cultural groups (family, generation, profession, company, country, religion, etc.). The COF assessment can be viewed as an equivalent, at the cultural level, to a personality assessment such as the MBTI.

The COF assessment is available in Chinese, Dutch, English, French, Portuguese and Spanish. 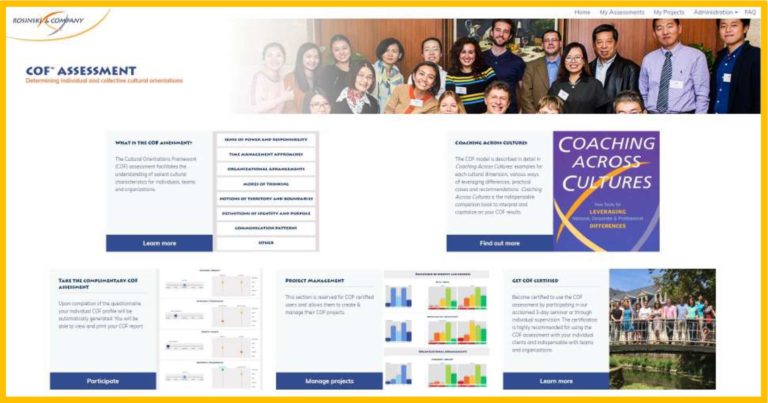 • Global leadership and coaching to achieve sustainable and meaningful success

• A novel, inclusive and dynamic understanding of culture

• Debrief of the COF online questionnaire: individual and aggregate results, assets and developmental opportunities are discussed both for individual and group progress

Leading and Coaching of Individuals, Teams and Organizations

• Become aware of your own cross-cultural orientations, learn to identify others’ orientations and effectively bridge cultural gaps

• Learn how to leverage differences

• Global organizational development through alliances and M& As

• Experiential activities: an opportunity to highlight our inevitable cultural biases and show ways to go beyond present cultural limitations

Engaging in Your Own High-performance and High-fulfilment Journey

• The Global Coaching Process to practically engage in leadership and global coaching: develop familiarity with a 3- step process to facilitate a high-performance and high- fulfilment journey with individuals and teams

• The Global Scorecard: Learn to set objectives that promote business success while encouraging you to take care of yourself, nurture relationships, and serve society at large

• Art and practice of leading and coaching across cultures

• Peer-coaching: help each other articulate developmental objectives and action plans. integrate insights and feed- back gained during the seminar into the process

• Finally, a time for celebration, sharing, and connecting to support each other and build new collaborations on the journey ahead 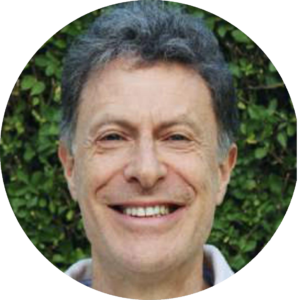 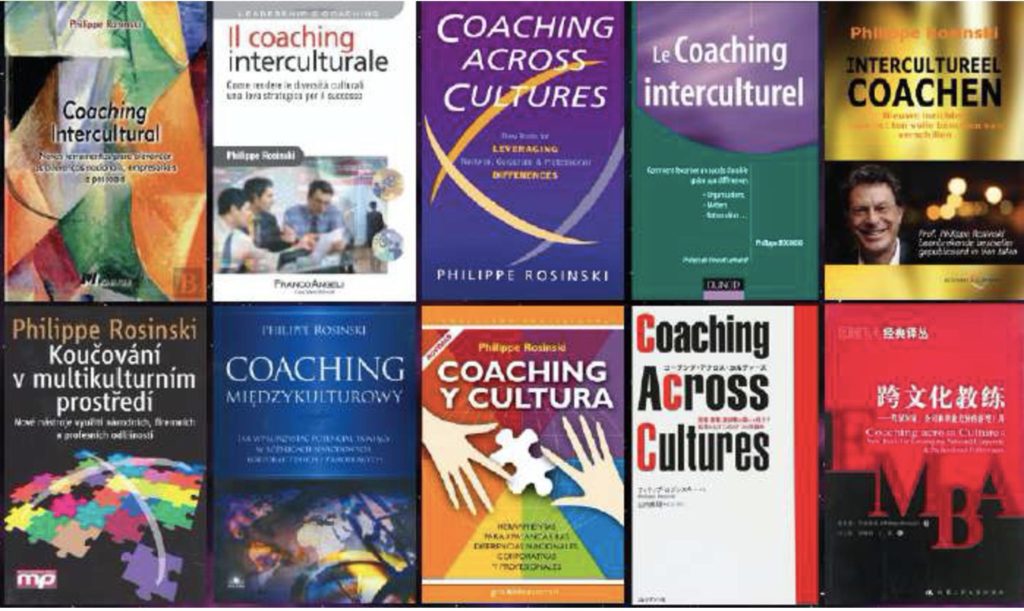 Prof. Philippe Rosinski, MCC is a world authority in executive coaching, team coaching, and global leadership development. He is the first European to have been designated Master Certified Coach by the International Coach Federation.

He has pioneered a global approach to leadership and coaching that leverages multiple perspectives for greater creativity, impact, fulfilment and meaning.

The Harvard Business School chose his ground-breaking book Coaching Across Cultures (published in eleven languages) as its featured book recommendation in the category of business leadership. His innovative approach of bringing the crucial intercultural dimension into the practice of coaching has won him worldwide acclaim. His book Global Coaching (published in five languages) has been described as “having moved the art and science of coaching to a new level”.

Philippe has also developed an integrative coaching supervision approach, which he practices on a one-to-one basis and with groups.

Since 1999, he is the principal of Rosinski & Company, a consultancy based in Belgium with partners across the globe, which helps leaders, teams and organizations unleash their human potential to achieve sustainable high performance.

Since 2008, Philippe is a professor in the MBA program for global managers at the Kenichi Ohmae Graduate School of Business in Tokyo, Japan. He contributes in several other academic institutions including HEC Paris and the University of Cambridge.

Prior to his 25-year career in coaching and leadership development, he spent six years in the engineering field as a software engineer in the Silicon Valley, California, and as a project manager in Brussels.

He received an Electrical and Mechanical Engineering degree from the Ecole Polytechnique in Brussels. He holds a Master of Science degree in Electrical Engineering from Stanford University and the Executive Master in Management degree from the Solvay Brussels School of Economics and Management. He is certified to use a variety of psychometric instruments and is the author of the Cultural Orientations Framework (COF) assessment – www.COFassessment.com. He has received numerous awards including the Thinkers50 Marshall Goldsmith Leading Global Coaches Award (London, 2019).

‘Having had the chance to participate in this seminar, I can only wholeheartedly recommend it for the quality of the interventions and the pertinence of the transcultural approach developed by Philippe Rosinski. This interactive certification seminar is for any person in a leadership position and/or supporting individuals and teams, eager to liberate the potential residing in cultural diversity. We know that building team cohesion and synergies is not straightforward. This seminar has the merit of offering concrete ways and powerful tools to explore and capitalize on cultural differences, and to transform these into sources of learning and cooperation.’

‘A very interesting session that not only provides practical tools but also opens up mind and generate inspiration.’

‘The seminar is an eye-opener for anybody who is interested in ‘cultures’. It can also be useful for interpersonal relationships or team building within the same organization. It is perfect in the context of Merger & Acquisition and partnerships & alliances.’

‘The seminar was well-organised and of a high standard with practical applications each step of the way. Highly recommended for leaders and organizations.’

Register now to secure your seat!

Please fill out the registration form. Once we have received your registration, we will send you bank details for payment.
The registration is valid once the payment of participation fees has been received.

Please feel free to contact us for any question or support regarding the seminar. 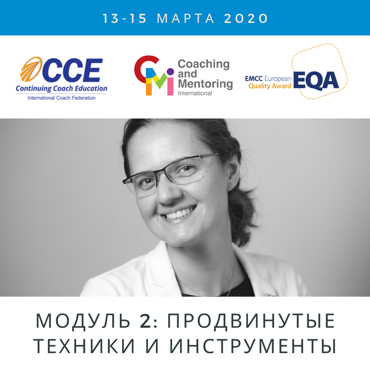 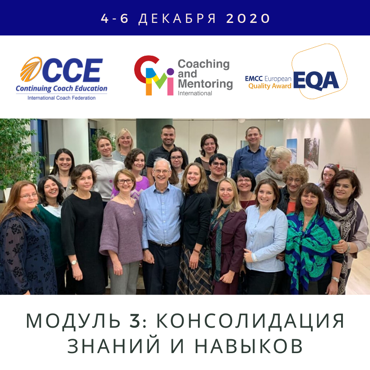